AR2V performed the analysis of the metal structure that covers the facade in the lower part of this building in Dulce Chacón (Madrid). It covers the entire entrance hall and defines the personality of the access area and the entire building.

The steel structure that supports the deployé panels has to adapt to the shape of the facade, which has some singularities that suppose a challenge in the design, but the structural solution should not limit the architectural expression.

Our curtain wall hangs from the beam that supports the floor slab 6, so can stretch or collect vertically. The horizontal thermal movements are released using slots (slanted holes) in certain areas. It is stabilized with horizontal struts, adjustable to facilitate assembly and to stiffen the structure and avoid annoying vibrations.

The metal structure was made in large transportable panels hanged from the lugs on the sixth floor. 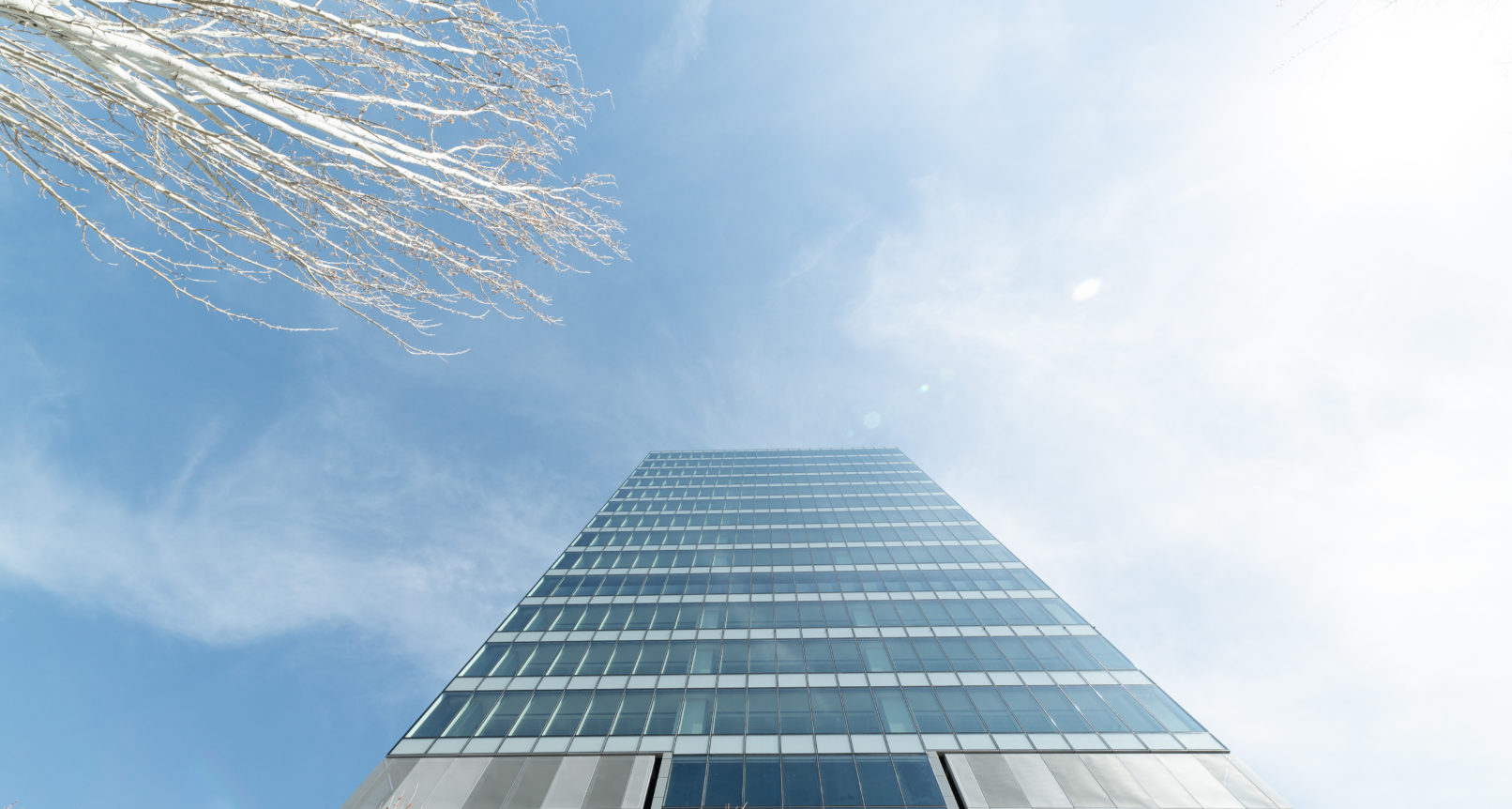 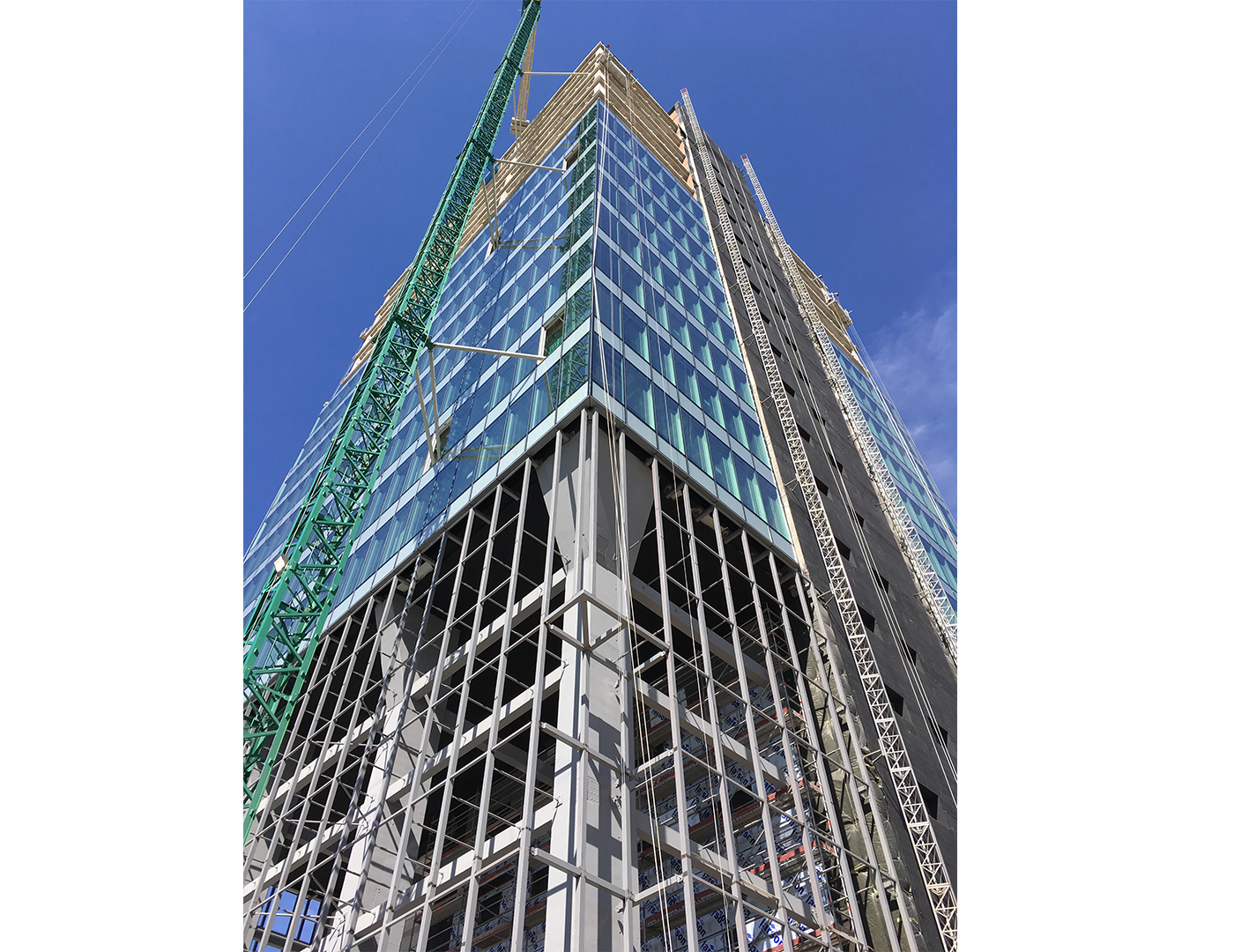 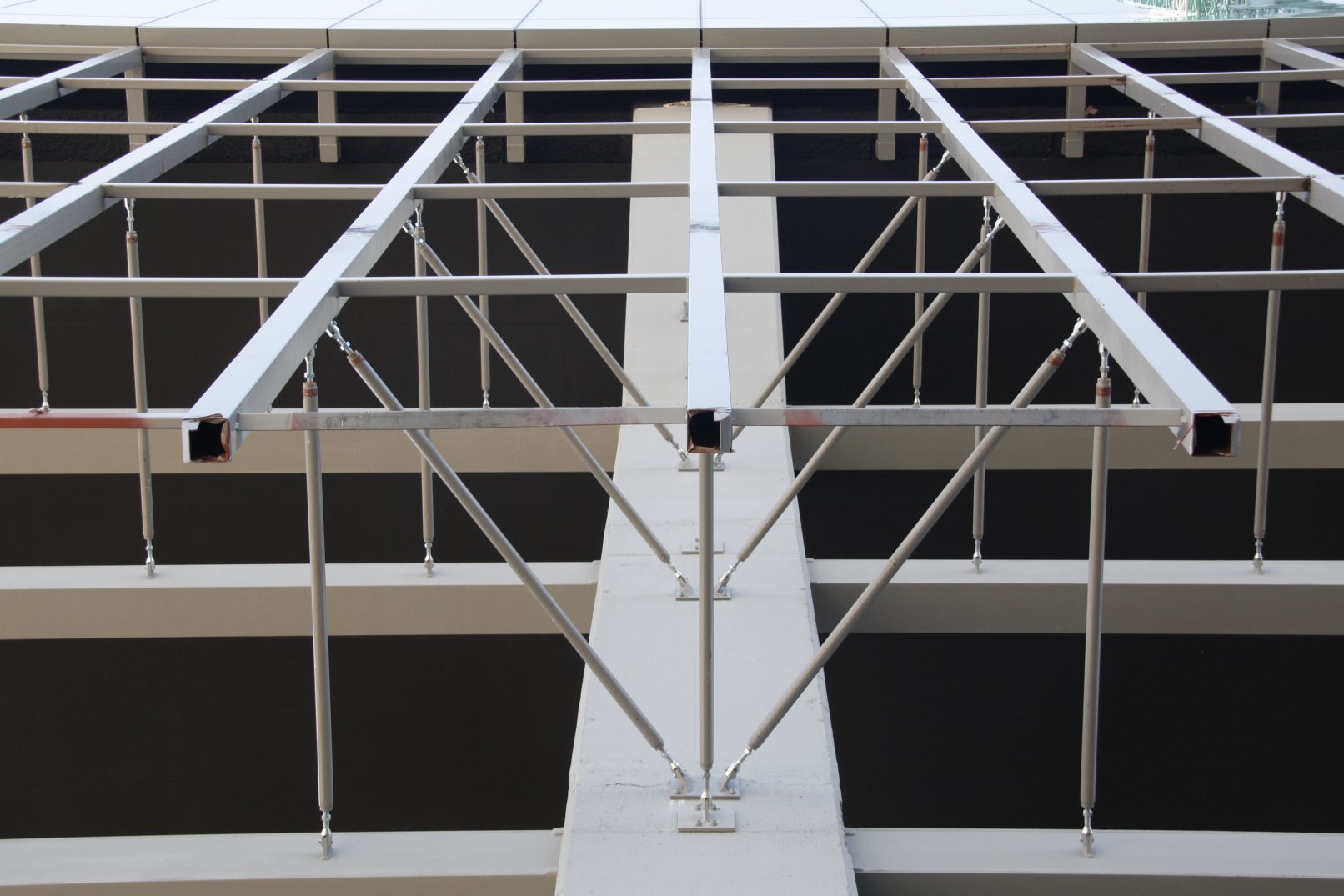 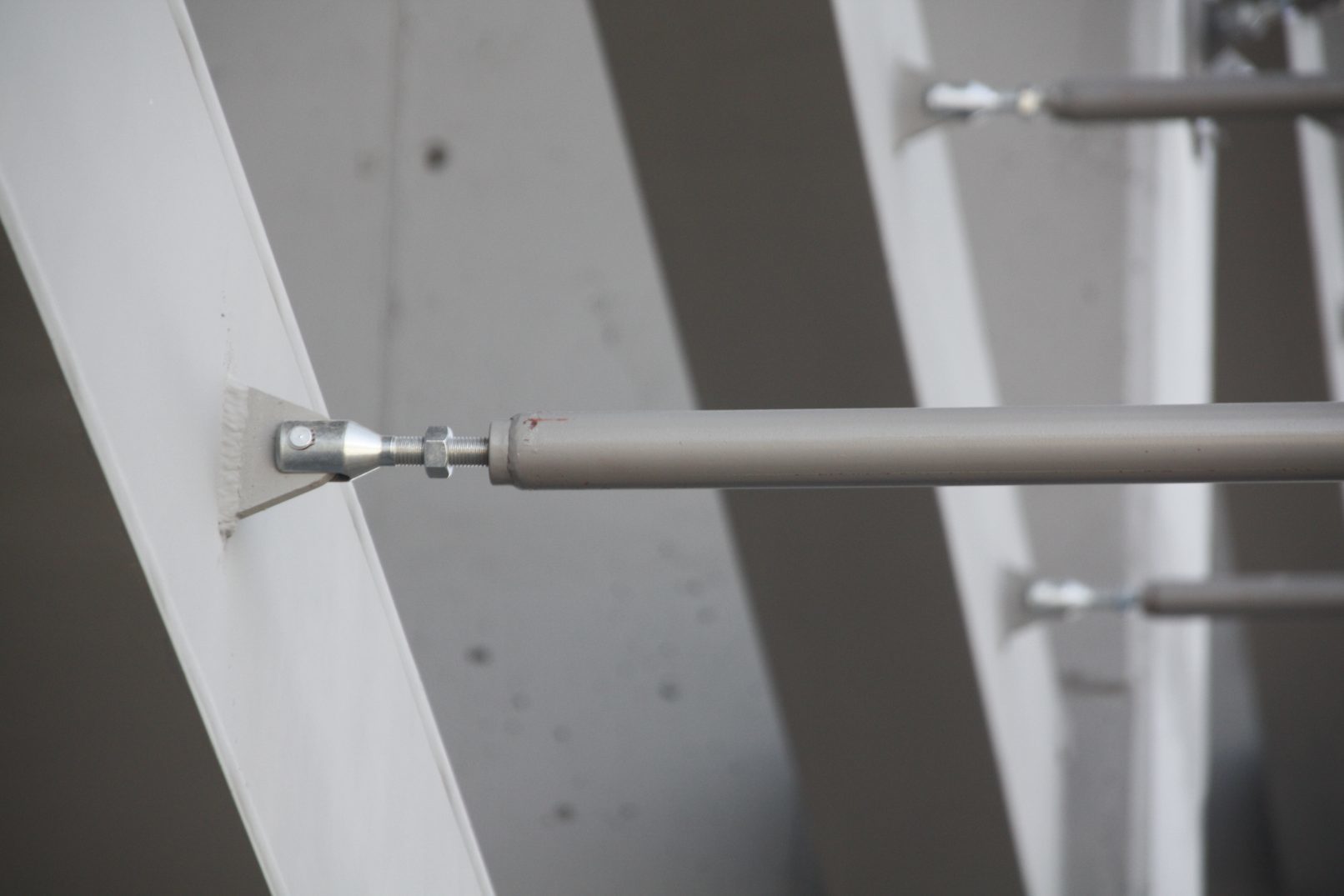